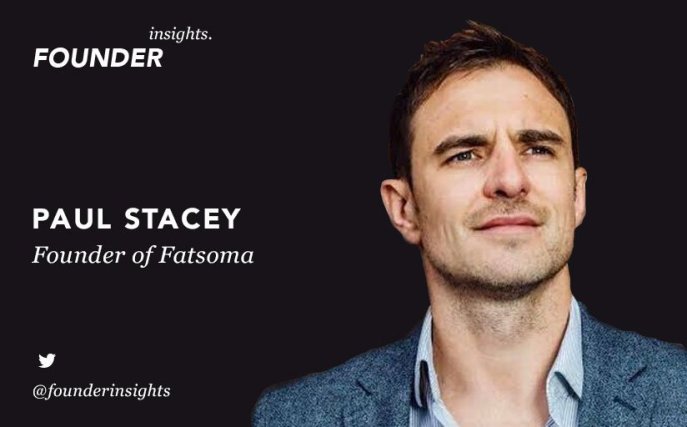 I love being at the start of something new. Yesterday, in the salubrious settings of the iconic Old Granada Studios in Manchester, a new and potentially significant series of events for the startup community began.

Here come an abridged version of my notes from the very first Founder Insights event. If you were there and spot any inaccuracies or errors, please shout out in the comments.

After “a word from our sponsors”, deftly delivered by Jacob O’Brien, head of the Tech, Digital and Creative sector team at Brabners, Luke introduced the event as one, in his words, to “showcase Manchester’s top companies and better understand the journey founders go through”.

He kicked off the questions by asking Paul what Fatsoma was.

“A ticketing platform with a little bit of a difference”, was the response.

Unlike other ticketing platforms, with Fatsoma, you don’t just sell tickets, you can build a network and sell tickets through that.

He initially wanted to do football but recognised he probably wouldn’t be able to do it professionally, just as the internet was taking off. Sports and maths were something he enjoyed and he went on to study Software Engineering at university. “I always wanted to do something big and came up with the idea of creating a massive internet company”.

Whilst at university he created his first business, Five Minute Flirt. The idea was that if you had a webcam, you could meet and speak to a stranger for five minutes.

There were two big problems. First, internet speeds were not quite up to it at the time and nobody had a webcam. Fewer still wanted to spend five minutes speaking to someone they did not like. He did get on TV with it though and got customers, it was a dating site.

Paul did it all, the site design and development, marketing etc and his degree at the same time. And when he got his first job he would come home from work and continue working on it.

Luke: Fatsoma has been around 10 years and stood the test of time. How did it come about?

Paul answered by saying he was on a night out in Manchester visiting his younger brother who was studying at the University of Manchester at the time when he was handed a flyer by a company called Real Night Out, led by his future business partner Dan.

In speaking to Dan about how Real Night Out worked he realised he didn’t want to do a dating site. He saw the potential of creating a social network, and started doing that with Dan.

However, he heard about Facebook, and realised that though they validated the idea, their execution was much better. The environment in the UK at the time was not set up to invest in consumer facing products with no way of making money.

He admitted, when he saw Facebook, to have really considered packing it in but remembered the decision he’d made to put football dreams aside years before and decided “I’m not going to pack it in”.

The next week he got a call from a customer and six weeks later he put the site live and sold tickets through it.

At the time student promotion was going through a transition, people were not going to their local union as much and house parties were taking off instead.

Creating a big internet company was still the vision and they were able to raise a series of investments and grow.

This is where we made a mistake, he conceded. I started to listen too much to the customer.

“The customer wanted email marketing and text marketing services on the platform, and we learnt how to do that”. However going forward he decided to rebuild the platform and “we cut out all the features we didn’t want to do” and transitioned customers to MailChimp and other ‘better’ solutions.

Through the process we’ve learnt not to listen too much to the customer, counterintuitive as it might sound.

With regards to raising investment, he shared about how this came with external pressures. You think that money will not run out. He talks of feeling like he was letting people down, we weren’t hitting targets.

“Yet a lot of the weaknesses I had, were dealt with then. Even in that time you learn about yourself.”

“A skill I learned then… managing my thinking, dealing with negativity, turning a negative into a positive.”

He learned instead of replaying things over and over in his head, he could change the focus.

So when he lost his laptop recently, after being incredibly annoyed for a moment, it became “I wanted a new laptop anyway.”

Looking forward the future plan is to create a business on the level of the Googles, Amazon, Facebooks of this world.

To create a product that helps people create fun experiences.

Luke asked: millions have used Fatsoma, do you feel successful?

Happier when continuing to move forward, was his response.

Luke went on: I struggled to see the differences, my first instinct when I saw Fatsoma was that this is like, Eventbrite but as I got to know you I started to learn the differences. What about your competitors?

Paul answered, there are external things you cannot control. Fatsoma’s competitors started to offer their clients in the North West a chunk of money to switch.

Luke asked: did you come up with that idea?

Paul answered, yes, but I thought it was mad initially. As it can be some times, “you only start using your good ideas as you start running out of solutions”.

Luke asked him how he knew where to look for the right advice.

My chairman, Chris Allen, and my business coach. It’s important to have an external person you respect who really listens and makes sure you’re not hiding.

Luke added: you’ve got a great work ethic. What do you do to wind down?

Paul answered: travelling when I can. And table tennis… acknowledged prowess.

A question perhaps for the Manchester startup community, Luke added. What would you tell yourself 10 years ago?

Paul answered this in two parts:

He expanded on the last point to emphasise the importance of aligning your team with your vision, “we’ve brought in an external coach into Fatsoma, so that we are setting our values and adopting them, so it’s part of the team”.

It’s something I struggle with but if they’re not performing then they are not in the right position for them. You are doing both of you a favour, it’s just hard to do.

Luke ended by asking: London is an international playing field. If you had the opportunity to build the world’s biggest company here, would you stay in Manchester?

Paul’s response: I would 100% stay. My family, is all here. Looking else where and thinking it’s amazing… is a chase around the world.

And so end my notes from the fireside chat with the founder of Fatsoma! I really enjoyed hearing Paul’s story.

I’ve written up the audience Q&A session that followed using a question board on Assenty, the real-time Q&A platform I built and maintain at assenty.com. A question from the board is embedded below.

Feel free to add a comment, or question if you were there.

Thank you to Luke and Paul for a brilliant time yesterday, and to sponsors Brabners for the refreshments, jelly beans and fantastic atmosphere. I’m looking forward to the next event! Excellent job all round.